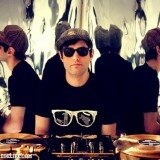 Rostam’s 30 is LTCL Magazine’s new initiative led by DJ Rostam to introduce new hot artists to our college readers. Simply put, we interview these artists with 30 questions and provide their music links for you to download and listen to daily. Let us know what you think about DJ Shiftee with a comment below!

Add this to your college music playlist. This week we introduce you to a super active and talented DJ from New York City–DJ Shiftee. Best recognized by his two-time DMC World Championship titles and viral YouTube videos.

Make sure to check out DJ Shiftee in the video above performing an incredible scratch routine in a New York warehouse using Traktor Kontrol Z2 and Maschine.

DJ Shiftee has translated his intuitive math geek mentality into far-reaching success on the turntables, electrifying crowds from NYC to London to Hong Kong. With a degree from Harvard, 2 unique DMC World Champion titles, a NYU adjunct professorship, a top 10 debut release on Beatport’s Dubstep charts, a membership in the supergroup Mostly Robot, a finger on the pulse of bass music, and an ongoing international tour schedule, this overachiever can do it all.

On Sept. 12, 2009, DJ Shiftee represented the USA in the 2009 DMC World DJ Finals. He took the title, was automatically inducted into the DMC DJ Hall of Fame and brought the fabled gold Technics turntables back to NYC! This new title places his name along side over 20+ legendary DMC World Champs including Craze, A-Trak, Cash Money, DJ Cheese, Rock Steady DJs (Apollo, Mix Master Mike & Q-Bert), Plus One of Jack Beats, and the late Grand Master Roc Raida.  In 2007, Shiftee also became the only American DJ to date to have won the DMC Battle for World Supremacy title. This victory served as the catalyst for widespread international recognition, allowing Shiftee to take his talent and creativity across Asia, Europe, and the US to some of the world’s biggest clubs, most prestigious venues, and monster festivals.  His groundbreaking DJ mixes have been featured on BBC 1Xtra, Mishka Keep Watch, Kiss 100 (UK), Deepsession, Seclusias’ Who Run It!? Podcast, The Rub’s Scion AV Show, Dubset, Dubspot, Boundless NY, Noise 212, KNKT3D Magazine, Noisy Dubs, and more. Mishka recently ranked his “Keep Watch” mix the most memorable of the entire series.

Shiftee is also a renowned educator in the field of DJing and DJ technology.  He is an adjunct professor at New York University, the Director of DJ Curriculum at the prestigious Dubspot school in NYC, and an endorsed artist & product specialist for Native Instruments.  The man understands DJing!  Beyond teaching, Shiftee spends his time figuring out new and innovative ways to decimate the dancefloor. He fuses an astute ear for cutting edge music with a world champion skill set & grasp of technology, creating an experience that is always jaw dropping.