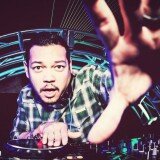 Rostam’s 30 is LTCL Magazine’s new initiative led by DJ Rostam to introduce new hot artists to our college readers. Simply put, we interview these artists with 30 questions and provide their music links for you to download and listen to daily. Let us know what you think about Mark Stylz with a comment below!

Well boys and girls of the college world, this week on Rostam’s 30, we have for you an exclusive one on one interview of the Vegas resident DJ, Mark Stylz. DJ Mark Stylz is the Program Manager at the Palms Hotel and Casino and Resident DJ at Playboy Club, Ghostbar, Moon and Rain in Las Vegas, Nevada. Vegas known for its non-stop wild party routine, it’s definitely big props to Stylz to stay focused by holding a big role as a DJ in the Sin City’s nightlife.

How did it all start?

Beginning as a BBoy breakdancing in various parks and youth clubs throughout San Diego in the early 80’s, it was evident that spinning records would be the natural progression for a young boy who loved the hip hop culture. By the time he was 12, Mark Stylz got his first pair of turntables and hasn’t stopped rocking ever since. After 20+ years of dedication to DJin’, Stylz has had many residencies at some of Los Angeles’ hottest and most exclusive nightclubs. The combination of his turntable skills and tasteful music selection has earned him many residencies in Las Vegas and around the country, including Scottsdale, San Francisco, San Diego and Atlantic City to name a few.

Meeting one on one and watching the man at work was a superior experience for a working DJ myself. There are multiple different styles behind Stylz that keeps the party rockin’ all night long. Watching him up close gave me a chance to see it all for myself. He is phenomenal on the turntables with his scratches, drops, cuts and smooth transitions. He recently competed in RedBull Thre3style Competition dropping 5 different genres of music in his live set and placed 2nd, so again big props to the man. Performing with big names in the music industry has earned him the spot he’s at right now. At the age of 39, he says he has more energy than ever doing what he is mostly passionate about! And let’s be honest, the man knows how to keep the crowd moving on their feet all night. ‘Soldier of Sound’ is truly a title well deserved for him. For more on Mark Stylz follow him on his official Website, Facebook and Twitter.

Art calls for complete mastery of techniques, developed by reflection within the soul.