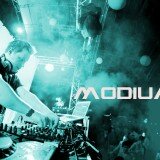 Rostam’s 30 is LTCL Magazine’s new initiative led by DJ Rostam to introduce new hot artists to our college readers. Simply put, we interview these artists with 30 questions and provide their music links for you to download and listen to daily. Let us know what you think about DJ Modium with a comment below!

riginally from Australia, this week’s featured artist is DJ and producer, MODIUM, who got the taste of electronic dance music from Melbourne’s world renowned underground club scene in the mid 90’s where techno house and trance were king. Over the years he kept close to electronic music production and electronic dance music, and in recent years stepped up his passion into DJin’, resulting in evident overnight success.

​From those humble beginnings of hosting college parties, he has quickly created a unique sound which is now synonymous with big room clubs, and in recent times moved to Asia where he is quickly rising through the Asia club scene with his ability to play across the spectrum of house, from soulful warm up’s to main room anthems and electro house.

On top of this is a list of regular Ibiza-style beach dance party residencies, including playing with the glamorous Ministry of Sound HEDKANDI shows where in 2011 Modium establish himself as a regular support DJ for HEDKANDI, which has seen him support and headline alongside globally recognized club DJs.

​2012 was a big year from Modium, seeing him play alongside and tour with a growing number of global artists such as The Scissor Sisters and Taio Cruz and in 2012 took the step to get some of his remixes signed to labels such as RCA Records (Sony Records), Island Def Jam, Capitol Records and Atlantic Records. With a lot of  energy still stored, Modium is nowhere near the ending point. He’s planning to do even more in 2013 by stepping into the British and overall European club scene.