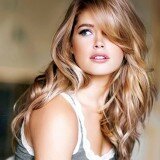 5 Easy Ways Guys Can Benefit From the Friendzone

“Let’s just be friends.” Those words are enough to make any man cringe. Most men seek out women for, the obvious, relationships/physical connections, etc… Men are built to grasp the purpose of women for those things. But what they don’t realize, is that having a woman in the friend zone has it’s own slew of benefits.

How to Benefit From the Friend Zone

1: She Can Make You Look Better

All women have the uncanny ability to spot a desperate guy from a mile away. Also, strangely on some psychological level, women are more attracted to the men around other women. This might be the reason it always feels like as soon as you get a significant other, every girl and her sister somehow start to hit on you. Those two things can help put your friend zone partner into play. Having a WingWoman is far more successful than the classic WingMan. Being around her automatically increases your sex appeal to others. You reap the benefits of just having her in your company before the real work begins. We don’t advise that you go out one-on-one with your WingWoman, so it doesn’t look like you’re dating. Try having a few other guy friends tag along, and throw in your lady-friend. You’re instantly more approachable. Now 65 percent of the work is finished, the following points cover the other 35!

No matter how much men think they know about reading women, the only true experts are women themselves. Have your WingWoman be your extra set of eyes. She’ll be the perfect aid in spotting the available/approachable/attractive women, and will easily spot any red flags to avoid. Also, having your WingWoman there to analyze situations could continue to help you later if things progress into a relationship. This leads us to the next point.

Let her have a taste of her own medicine. We hope it’s bitter.

If you are familiar with Dane Cook, you may know the brain ninja skit. It involves a woman mentioning a two-sentence line that slowly seeps into the guy’s brain until it explodes into an emotional breakdown. Mind games suck and your WW will be able to put a stop to these time-bombs  She’ll clear your head by explaining the tricks women love to play. Once you can have someone explain what is going on calmly and rationally, you will be able to figure out how to respond without getting over involved. Your WW may also have some suggestions for your mind game retaliation!

4: She Gets You Laid

WW assists and YOU for the SCORE! We cannot stress enough the benefits of having your WW validate you in conversation to another girl. Girls see other girls as the ultimate sources of honesty when it comes to men. The girl you are pursuing will find you far less threatening and creepy if another girl says that you are a good catch or a great guy. Hearing a man say it about his Bro, however, has the opposite effect. Women know that Bros try to get other Bros laid. The most effective tactic for initiating a conversation between WW and the potential lay is for them to dance together (assuming you are in a club/bar with dancing) and then for WW to introduce herself and complement one thing about the potential lay.

In general, women are better to talk to in situations of the heart. Your guy friends are great but no one gives you advice or helps you move on mentally from a bad relationship like a quality girl friend.

So, next time you complain about being in the friend zone, remember: Friend Zone with one can lead to End Zone with many others.

For best results we also recommend high levels of confidence and low levels of self-deprecating of any kind. Best when used in conjunction with moderate drinking and high-energy settings. WingWomen have a 90% success rate but are not intended for use by individuals without common sense or at least moderate intelligence.

Question: What you think about being in the friend zone? Which points do you think will help you, and did we miss any benefits? We’d like to hear your thoughts in the comment section.

Notoriously bad at writing biographies...but I'll give it a shot. Things I love: Theatre, singing, dancing, writing, reading and my friends. Things I don't love: The cold, being sick, bad high fives and flakey people. Sometimes I drink too much. But who doesn't? I always sober up in time to take care of my best friends who always drink more than me. It's said that you'll be known by the company you keep. I am proud to say that I keep some damn good company.
More articles by Joanna »

5 Simple Tips: How to Approach Women at Bars