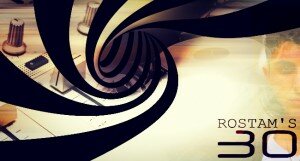 Rostam’s 30 is LTCL Magazine’s new initiative led by DJ Rostam to introduce new hot artists to our college readers. Simply put, we interview these artists with 30 questions and provide their music links for you to download and listen to daily. Let us know what you think about DJ Flipside with a comment below!

DJ Flipside is a Chicago native DJ who is well known for his ‘Flipside at 5′ on Chicago’s B96. Flipside, ‘The Dopest DJ on the Planet’ is best recognized by his mash-ups and his scratching ability on the turntables. He is the co-producer for Jump Smokers, and he’s worked with a lot of big names in the music industry.

The Chicago based crew that have created dance club anthems that have led industry insiders to nickname them “Kings of the Dancefloor”, serving as a natural theme and title for their debut Ultra Records release. Official JS remixes include the likes of Pitbull, P!nk, Britney Spears, Usher, Katy Perry, Rihanna, Jessie J., Selena Gomez and Mariah Carey’s ‘Obsessed’ (included on the worldwide album release). Furthermore, Jump Smokers were commissioned to remix 12 tracks from Mariah’s ‘Memoirs of an Imperfect Angel’ for her remix album series.

Be sure to check out DJ Flipside’s official Facebook, Twitter, YouTube and Ustream for more interaction. His clips on YouTube will definetly give you a better reasoning behind his title ‘The Dopest DJ on the Planet.’