The Key to Lasting Love and Passion 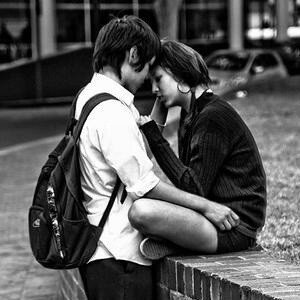 Are You Trying to Find the Happily Ever After?

What’s the secret to making your love a lasting one?    What’s the secret to keeping sexual passion alive?    There’s no one best answer, and every couple is different.   But many sex therapists, myself included, talk about something called “differentiation” as a key factor.   Differentation means being able to take care of yourself, as a separate person, while you’re in intimate dialog with your mate.

A popular book on the subject of differentiation is David Schnarch’sPassionate Marriage. Schnarch has probably done more than any modern sex therapist to promote the idea of differentiation as a core value in a romantic partnership.

Differentiation is hard. Especially if one hasn’t seen it demonstrated in one’s family of origin.   One of the benefits of a good enough marriage or any other deep partnership is that it provides a holding place in which differentiation can occur.   In which each partner can “become more truly oneself.”

Differentiation is not easy to describe, as an idea and as a feeling.    Many couples tell me,   “It sounds nice, but I don’t get what it’s supposed to feel like”

In such situations, I offer an analogy:

Let’s say you really want to go out for sushi, and your boyfriend/husband really wants pizza.   You could (1) go along with his wish.   (2) insist he go along with yours     (3) decide to go to separate restaurants.    All pretty conventional approaches.

None of them, though, are going to help you feel what it’s like to be more differentiated.

But let’s say that instead you decide to (4) stand on the street bickering about it, getting more and more hungry and upset, and wondering if this relationship is really going to work.

Now that’s a good start!   You’re suffering together.    You’re both being real clear about what you want, and advocating for your own needs.

Now let’s say you’re so exhausted that you say to each other, “let’s see if we can find a place that would work for us both.”   You walk down the street looking at restaurants.  You find an Indian place that looks promising, but you discover that one or both of you don’t really like Indian food.

The next night you go out again, thinking, “there’s got to be SOMETHING that we both like – and damn-it, we’re going to find it together!”

Now you’re really on your way!    And when at long last, after many weeks of searching, you find a kind of food you both like, and a restaurant that serves it, you are so happy and feel so accomplished, that it becomes “your restaurant.”  You find recipes for all their dishes and start learning to make them at home.

Those recipes are YOURS as a couple.   You worked hard for them.    They belong to no one but the two of you.    They are your story – of keeping faith with yourself, and with each other.

If you’d never met each other, you’d never have found them.   The relationship (this is important) took you someplace that neither of you ever intended to go.    The relationship expanded you, and changed you.   But it only did so BECAUSE you and your mate both insisted on what you really wanted. The answer wasn’t clear at first – but you found it.

You’ve differentiated from your respective families as well.   No one in either of your families ever knew anything about that kind of cuisine.     Your families think your new dining habits are a little strange.    But they don’t understand about this particular journey you’ve been on together.

Only the two of you understand.  You’ve become a more differentiated couple.    Now you’re more confident that you can each take care of your own wants and needs in the relationship, and make it work.

And you know that the next time you stand together on the street bickering about whatever the next thing is . . .

You’ll figure it out.

Thanks for checking out this article. We love to hear the feedback.

Currently looking for interns and writers: If you are experienced and think you would be good at writing about college life, you may be a good fit for the LTCL team! Send us an email with a description of yourself to [email protected]!

Diary of a Disillusioned Dater: Don’t be Disappointed

Tweet Tweet This is a true story… t finally happened – or did it? I’m not really sure. I’m still trying to figure out what exactly I did with Marty Applebaum’s niece. About a half hour before I was going to leave...
by LTCL
0
Full Story »
Inside His Head

Tweet Tweet Ladies, there are many qualities guys will like about you, but I’ve put this list together from my own personal dating experience and countless conversations with my friends and other guys about this. I hope b...
by LTCL
0
Full Story »
Videos

Tweet Tweet This isn’t an advice video but perhaps the humor will brighten up your day. Nigahiga (Ryan Higa) hails from Hawaii as one of our personal favorite YouTubers. Here he brings the funny on with a video about how ...
by LTCL
0
Full Story »
Dating

6 Tips For a Healthy Relationship

Tweet Tweet College Relationship Advice Men, you need to be prepared and well trained in the art of woman. You’re in college and dating is much more relaxed than high school but you aren’t necessarily an expert in a...
by LTCL
0
Full Story »
Girl Advice

How to have a Boyfriend and Guy Friends

Tweet Tweet Boyfriend vs. Guyfriend Ok, Ladies. This is how to have a boyfriend and guyfriend from a boyfriend’s perspective.. It’s a tricky situation that varies from couple to couple but here are some general guid...
by James Bailey
0
Full Story »

"eLectureLyte is a wonderful idea. I signed up and convinced my friends to join. I can l..."
"Just died laughing - this is the typically girl response. Bad boys are too attractive t..."
"Glad to see that jealousy is something to run from. I always thought so but a lot of th..."
"I still listen to "We Found Love"... It's seriously one of the best going out songs. An..."
"I think Armani has a point. There is a weed culture, and those who are involved are inc..."
"This is pretty on par with what I do.. lol"
"#63... lol"
"hahaha.... "Does anyone else scream when the can of biscuits pops?".. Thought it was on..."
For You
Inside His Head
Inside Her Head
Guys Fashion
Ladies Fashion

5 Qualities Guys Like in a Girlfriend
How to have a Boyfriend and Guy Friends
Think Like A Man: One Night Stand

Nice Guys Vs. Bad Boys [VIDEO]
9 Signs She Likes You
When to End Your Relationship