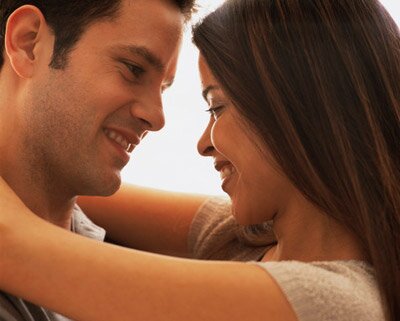 Alright, gentlemen… Show of hands… Who remembers the movie “Pleasantville”? It’s the 1950’s. Elvis was still the King, poodle skirts dominated the ladies fashion scene, we all knew beyond a shadow of a doubt that the communists were the “bad guys” and chivalry remained in its prime.  Yes, that indeed was a rather different time. Nowadays Justin Bieber is the unchallenged dictator of pop music, the poodle skirt has been reduced to a mere loincloth, nobody has any clue as to who the good guys really are anymore and chivalry struggles for each breath on life support. On the surface, it would appear that last half-century has seen a radical change in social norms. We can analyze the evolution of society and safely suggest that the world of “Pleasantville” is a polar opposite of today’s shoot first, ask questions later, fly by the seat of our pants approach to the world around us. And it’s undeniably true.

With one exception, of course. You guessed it… The world of dating. From what I can surmise, the entire scheme of the dating game has remained largely unchanged. And so there you have it. After sixty years, the advent of color television, the fall of communism and the veritable dark ages of 80’s fashion, we reach the present day. Where within the world of dating, the players have changed but the game remains the same.

So what’s the big deal, anyway? You’d think that it would appear relatively cut and dry, right? Boy likes girl. Girl likes boy. Boy+Girl+Attraction=Success. Oh if only that were true. Unfortunately, the dating game is largely a shining spectacle of smoke and mirrors. And gentlemen… When it comes to first dates, appearances are often times more deceiving than we like to admit. Now, I don’t mean to frighten you.  I simply want to empower you.  I want you to learn to harness your awareness with regard to the opposite sex and the successful execution of the all-feared first date. With that being said, let’s explore some of the basic, fundamental principles you’ll need to remember in order to sweep her off her feet and close out the evening like a boss.

Say what you will about the other facets of the first dates. I simply don’t care, seeing as how they pale in comparison to the initial approach. Alright guys, you’ve finally made up your mind. For whatever your rationale and whatever your reasoning, you’ve made the conscious decision to pursue a girl that you deem worthy. So, now what? First things first guys. You’ve got to clear the largest hurdle in the entire dating arena. I’m speaking, of course about your own personal fears. When it comes to asking a girl out, your worst and most powerful adversary is that little son of a bitch in the back of your head that tells you it simply can’t be done. When you see an attractive girl on campus, the voice says “She’s out of your league, dude”. When you have a good idea of how to break the ice with a cute chick at a party, he interjects by stating “Not a chance, dumbass. She’ll think you’re a tard”.  It’s this voice inside of you that casts so much doubt, that you MUST first eliminate. I’m not saying be reckless in your approach to asking a girl out. That couldn’t be further from the truth. But in order to orchestrate your date, it’s absolutely imperative that you first orchestrate your own initial approach. So first thing’s first, fellas. You need to isolate that voice in the back of your head. You need to identify it, apprehend it and promptly take it out behind the shed and kill it. This also serves as a game changing dual purpose tool as well. Because let’s face it guys…  With regard to impressing the ladies, it’s all about confidence. It’s all about swagger.

She said yes! Fuck yeah! Congrats, big guy… You’ve successfully conquered your fears, subdued your personal doubts and went in for the kill. But now what? She’s game. That’s fantastic. But you’ve got to find something for the two of you to do. And it’s of the utmost importance that you be creative. This is your chance to plan a wonderful time and get out of it exactly what you want. Don’t just invite her over for a box of pizza rolls and four hours of Call of Duty. While that may seem like a great way to spend a lonely evening with yourself, it’s perhaps the best way to ensure that you’ll have a lot of lonely evenings to yourself, thereafter. Be spontaneous. And again, creativity is king here. I’d shy away from many of the conventional approaches. The first of which being the movie theater. The first date is designed to serve primarily as an opportunity for the two of you to get to know one another outside of your respective social circles. If you decide to bring her to the movies, you will succeed in two things. 1.) There will be ZERO opportunity to converse and connect. Besides, the first date is very sales-oriented. You desperately need this time to sell yourself and what it is exactly that you’re all about. 2.) You’ll be so wrapped up in your sinking ship of a first date that you won’t even be able to enjoy the movie. And neither will she. So again, I reiterate…  Be creative, be spontaneous and find an activity that allows you to get to know one another in a relatively stress free and open environment.

Well, here you are. You’ve come quite a long way in a terribly short amount of time. You’ve set a date. You’ve specified the time. And unless you’re a staggering moron, you have a rough outline of what you plan to do together.  You’re digging through your closet, sniffing crumpled articles of clothing in a desperate attempt to find something that isn’t stained by Cheetohs or Bud Light. With regard to this issue, stop sniffing the laundry this very fucking moment! Dude, get real. It’s a first date. You need to be on point right now.  You not only need to act the part, but you need to look and smell the part. Now, exactly what you should wear is entirely dependent on the situation. Whatever the date’s venue is will dictate your required level of dress. In this case, you need to prepare for any eventuality. Perhaps the chemistry won’t be there. Perhaps you won’t even come close.  However, you absolutely must act as if you’re going to sleep with her tonight when it comes to pre-date preparation. Brush, floss, trim your fingernails, do something reasonable with your hair and throw on a little bit of cologne. THROW ON A LITTLE BIT OFCOLOGNE!!  I cannot stress this enough.  In the case of cologne, less really is more. Your primary focus here is to allow her to get just the faintest glimmer of a scent. The idea here is that it’s a fishing hook. You bait it, the fish bites….WIN! You want her to pick up the scent and WANT to follow it closer. Not become overwhelmed by the overpowering odor and call in a HAZMAT team. And lastly, make your bed. Keep your place tidy. If you’ve got a roommate, spot him some cash or bribe him. Do whatever you deem necessary, but get him the hell out for the evening. Should the date go rather well and you end up bringing her back to your place, you don’t want to get caught with your pants down. The idea is for her to manually do that for you. My personal philosophy is this…  Make your bed, fuck in it later. Don’t make your bed, jack off in it alone. It may seem somewhat odd but I can personally assure you that it works.

The fundamental components of a successful first date are all worthless if you can’t get the job done. Conversation is key here. You need to be open, smiling in abundance and generally interested in what she has to say. If you get the hint that she’s a little apprehensive or nervous, simply take the reigns and tell her a funny story or two. But good listening skills on the first date are 100% indispensible. It’s just as simple as that. Acting naturally and appearing easy going, yet goal oriented is a must as well.  She needs to feel as if you’re comfortable to be around, but still firmly in control of the situation.  Once the date has reached its apex, you’ve come to the great crossroads. If you have the opportunity to sleep with her, go for it. However, you need to exercise caution here. If she is down for sex right off the bat, then you need to consider the fact that she may just not be the girl to take home to mom and dad. I could go on for days about this little conundrum, but the facts are inexplicable.

Here’s the long and short of how to orchestrate your first date. I’ve laid it out as simply and as streamlined as it possibly can be.  Now the ball’s in your court. I’d like to leave you with one final piece of advice… Go balls out, gentlemen. Suspend your fears and disbelief. Be prepared for any eventuality. Because luck plays a huge part in first dates. Then again, luck is merely when opportunity meets preparation. Now get out there, grab a drink, slap an ass or two and get the job done!

But in all seriousness… Trust me on the cologne…

The Key to Lasting Love and Passion

Diary of a Disillusioned Dater: Don’t be Disappointed

Tweet Tweet This is a true story… t finally happened – or did it? I’m not really sure. I’m still trying to figure out what exactly I did with Marty Applebaum’s niece. About a half hour before I was going to leave...
by LTCL
0
Full Story »
Inside His Head

Tweet Tweet Ladies, there are many qualities guys will like about you, but I’ve put this list together from my own personal dating experience and countless conversations with my friends and other guys about this. I hope b...
by LTCL
0
Full Story »
Videos

Tweet Tweet This isn’t an advice video but perhaps the humor will brighten up your day. Nigahiga (Ryan Higa) hails from Hawaii as one of our personal favorite YouTubers. Here he brings the funny on with a video about how ...
by LTCL
0
Full Story »
Girl Advice

How to have a Boyfriend and Guy Friends

Tweet Tweet Boyfriend vs. Guyfriend Ok, Ladies. This is how to have a boyfriend and guyfriend from a boyfriend’s perspective.. It’s a tricky situation that varies from couple to couple but here are some general guid...
by James Bailey
0
Full Story »

"eLectureLyte is a wonderful idea. I signed up and convinced my friends to join. I can l..."
"Just died laughing - this is the typically girl response. Bad boys are too attractive t..."
"Glad to see that jealousy is something to run from. I always thought so but a lot of th..."
"I still listen to "We Found Love"... It's seriously one of the best going out songs. An..."
"I think Armani has a point. There is a weed culture, and those who are involved are inc..."
"This is pretty on par with what I do.. lol"
"#63... lol"
"hahaha.... "Does anyone else scream when the can of biscuits pops?".. Thought it was on..."
For You
Inside His Head
Inside Her Head
Guys Fashion
Ladies Fashion

5 Qualities Guys Like in a Girlfriend
How to have a Boyfriend and Guy Friends
Think Like A Man: One Night Stand

Nice Guys Vs. Bad Boys [VIDEO]
9 Signs She Likes You
When to End Your Relationship