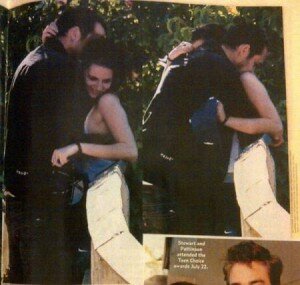 The video entitled, “HOW COULD YOU DO THIS KRISTEN?!” was made by a fan that thinks people should just leave couple Kristen Stewart and Robert Pattinson alone at this point in time.

According to People Magazine, Stewart, most famous for playing Bella in Twilight, has admitted to cheating on long-time boyfriend and co-star, Pattinson – Edward in the Twilight trilogy.

“I’m deeply sorry for the hurt and embarrassment I’ve caused to those close to me and everyone this has affected. This momentary indiscretion has jeopardized the most important thing in my life, the person I love and respect the most, Rob. I love him, I love him, I’m so sorry,” Stewart said in a statement Wednesday.

Amy Willsey
I'm a junior magazine journalism major and business minor at the University of Missouri. I came from the lovely Kansas City and am a die hard Royals and Chiefs fan. I enjoy long-distance runs, alliteration and I spend my free time finding the fraternities with the cutest puppies. Carry on, all you pretty people, carry on.
More articles by Amy Willsey »
0 comments »

"She looks like a total creep! who would want to look like this but one thing i can say ..."
"creative !! great piece of work"
"yeah but that figure clearly isnt real.. she must have had a lot of plastic surgery don..."
"I think she is an amazing makeup artist and she is doing what most women enjoy doing, m..."
"Great article. Just because a food is normally healthy, doesn't mean it stays that way ..."
"It's not Japanese... It's KOREAN. "
"I definitely will! :) Thanks for the input."
"Awesome article. Do one on diet, that's very important too! "
"She is sooooo hot... "
"<3 it! "
Hot Topics
News
Lifestyle
Funny
Breakups

Inspiring Video: News Anchor Calls Out Her Bully Live
Full List – Must Watch Shows This Fall!
The Emmy Goes to…

Jimmy Tatro: Breaking Up with ‘Overly Attached Girlfriend’
The Dirty Truth About Your Facebook Habits and Timeline
How to Get Her Number Using Pokemon Pickup Lines

She wasn’t ready for this… Legendary. [Video]